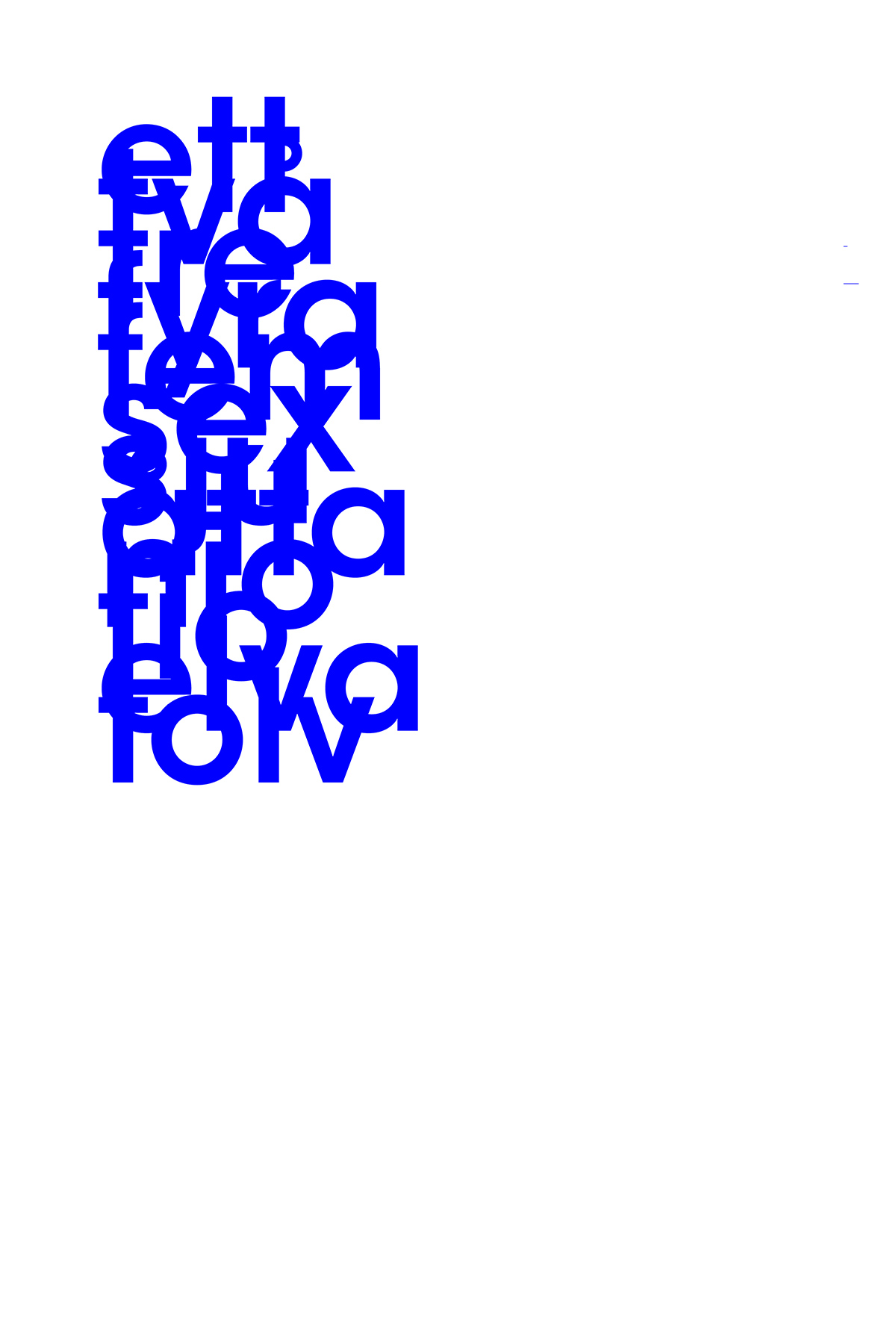 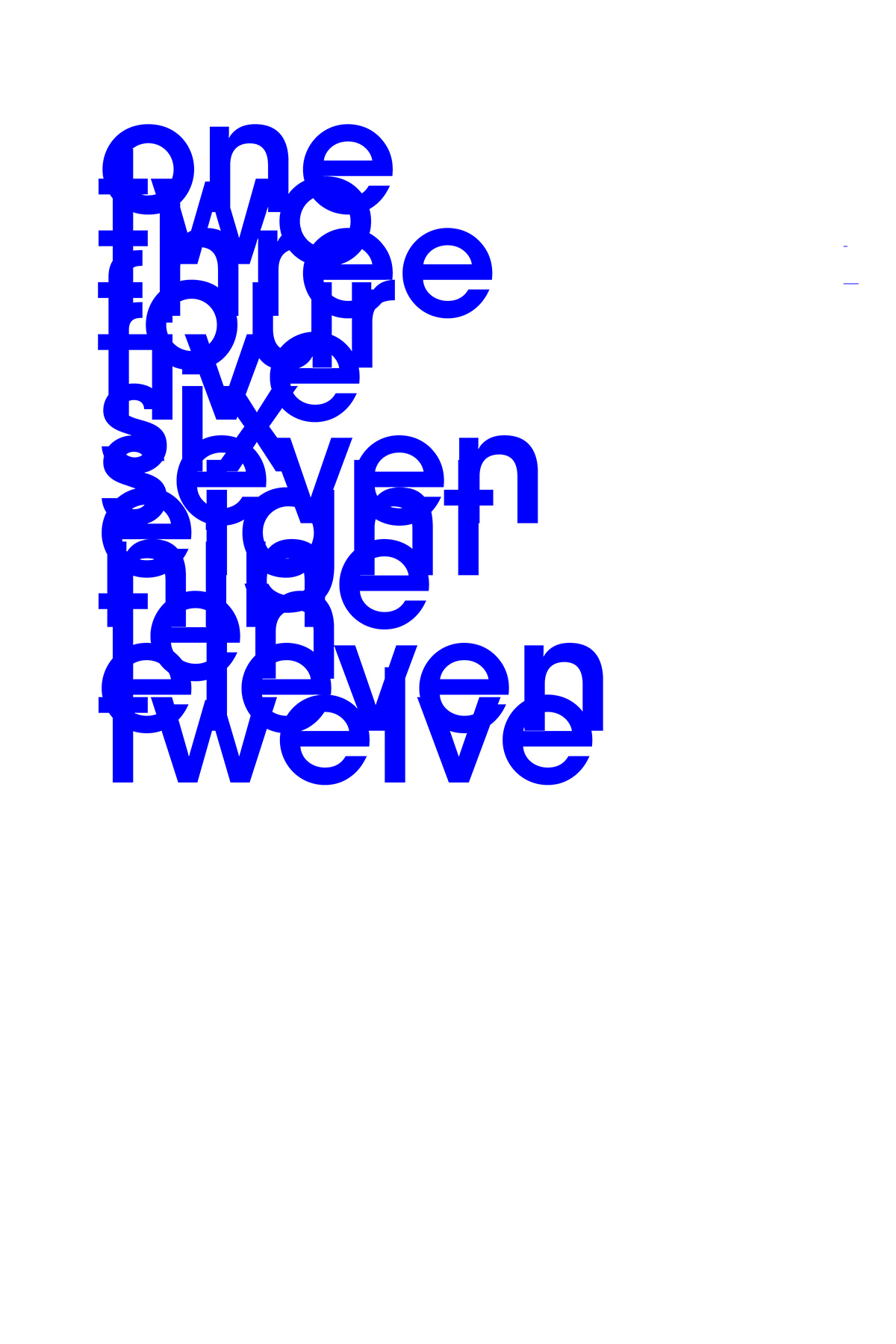 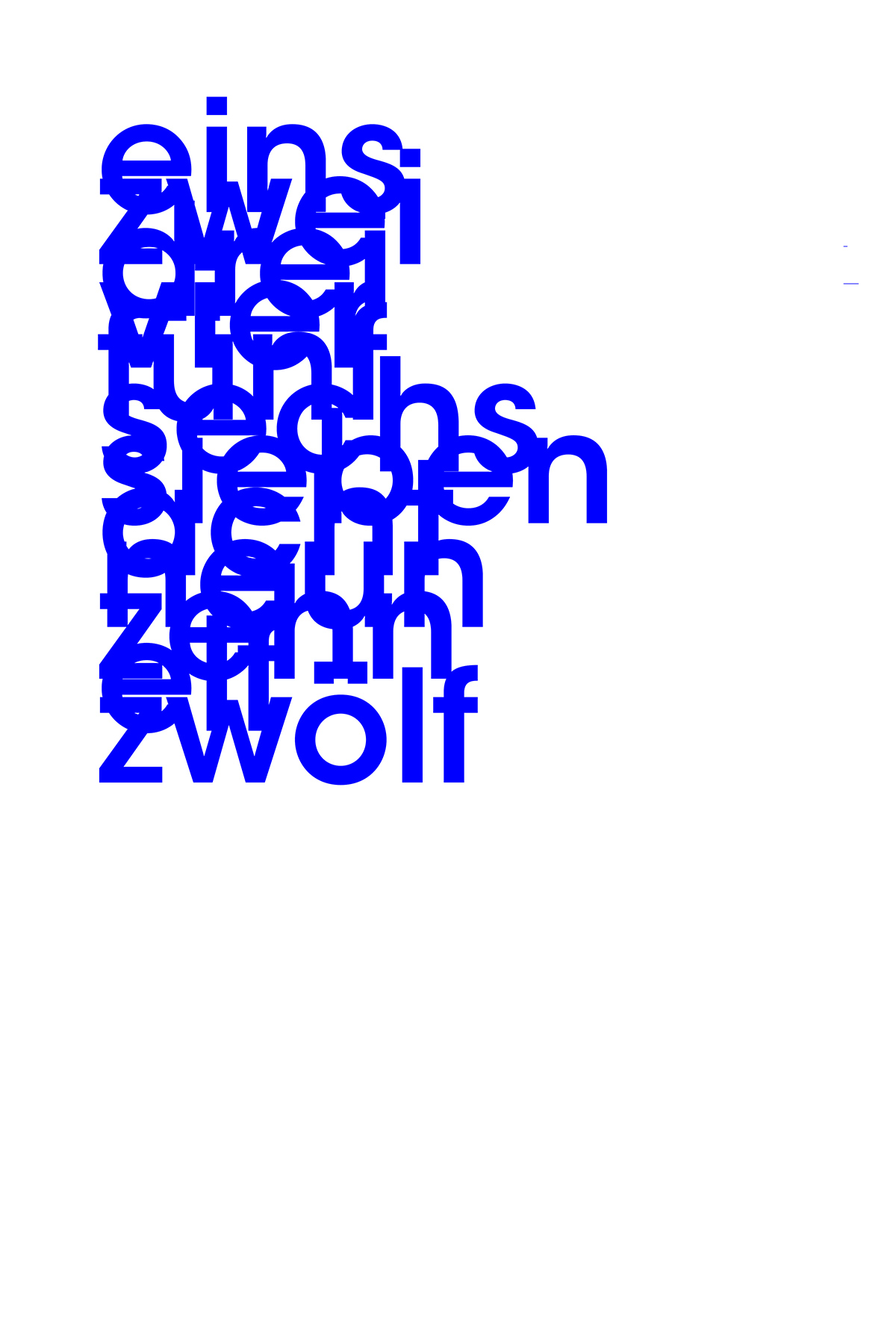 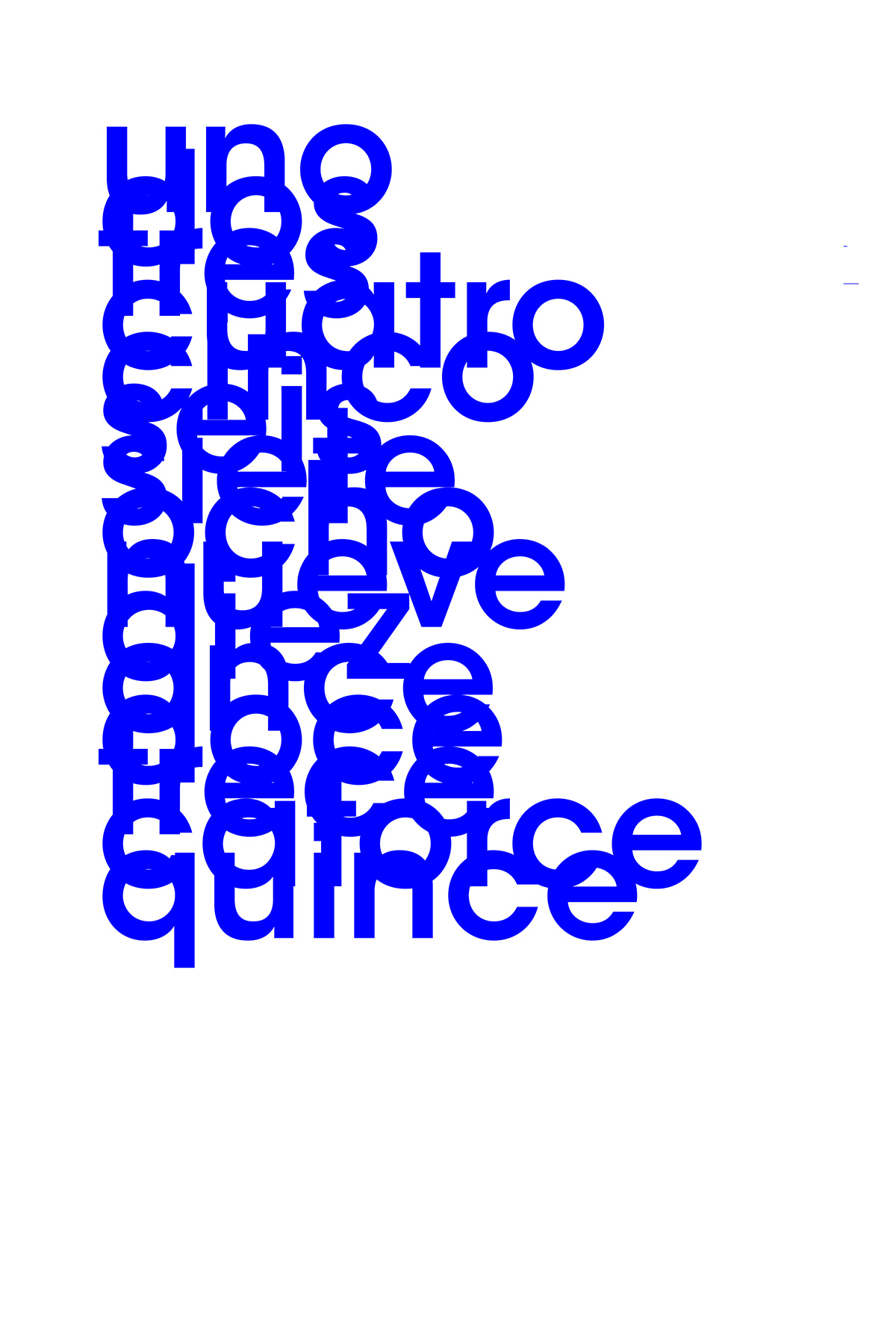 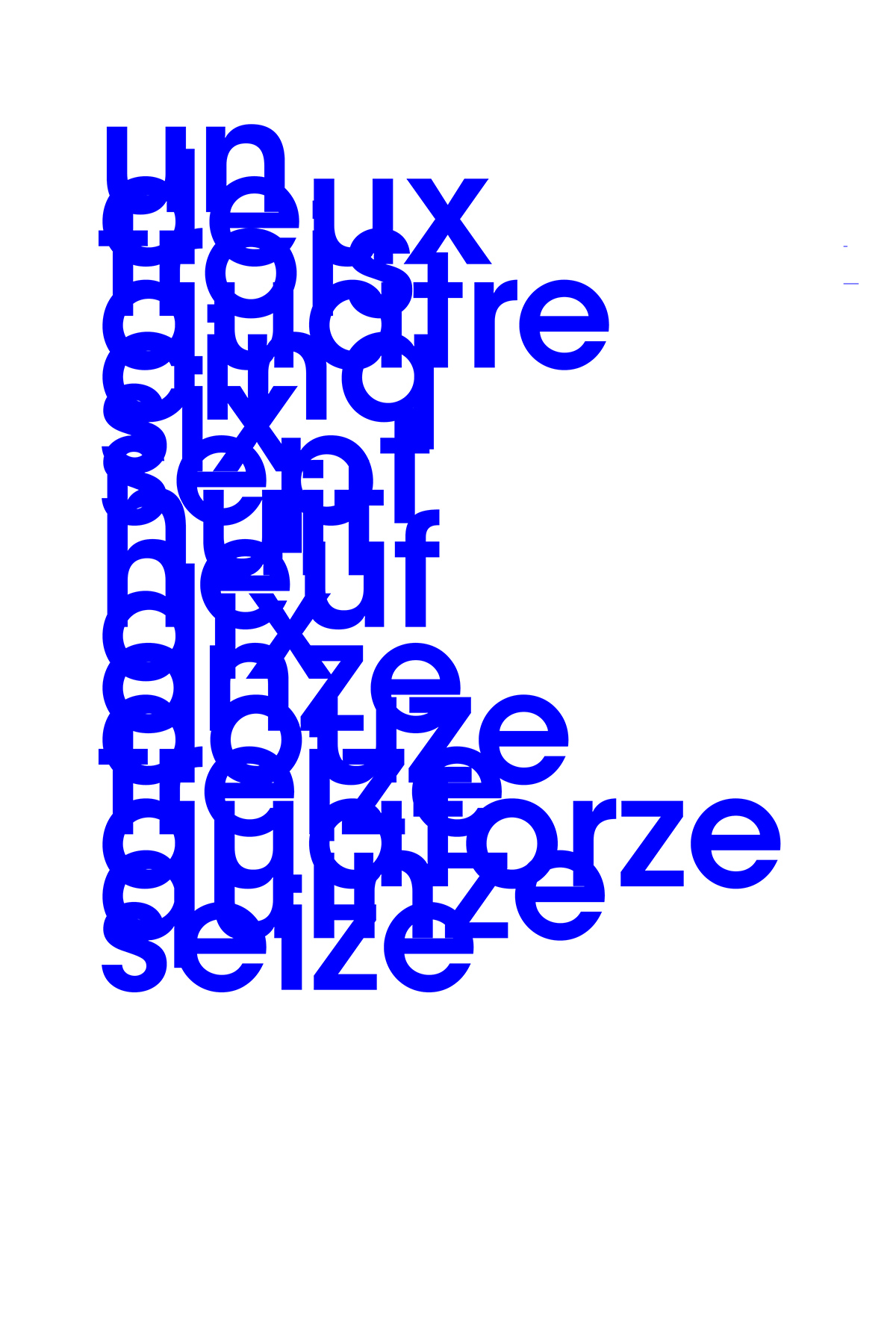 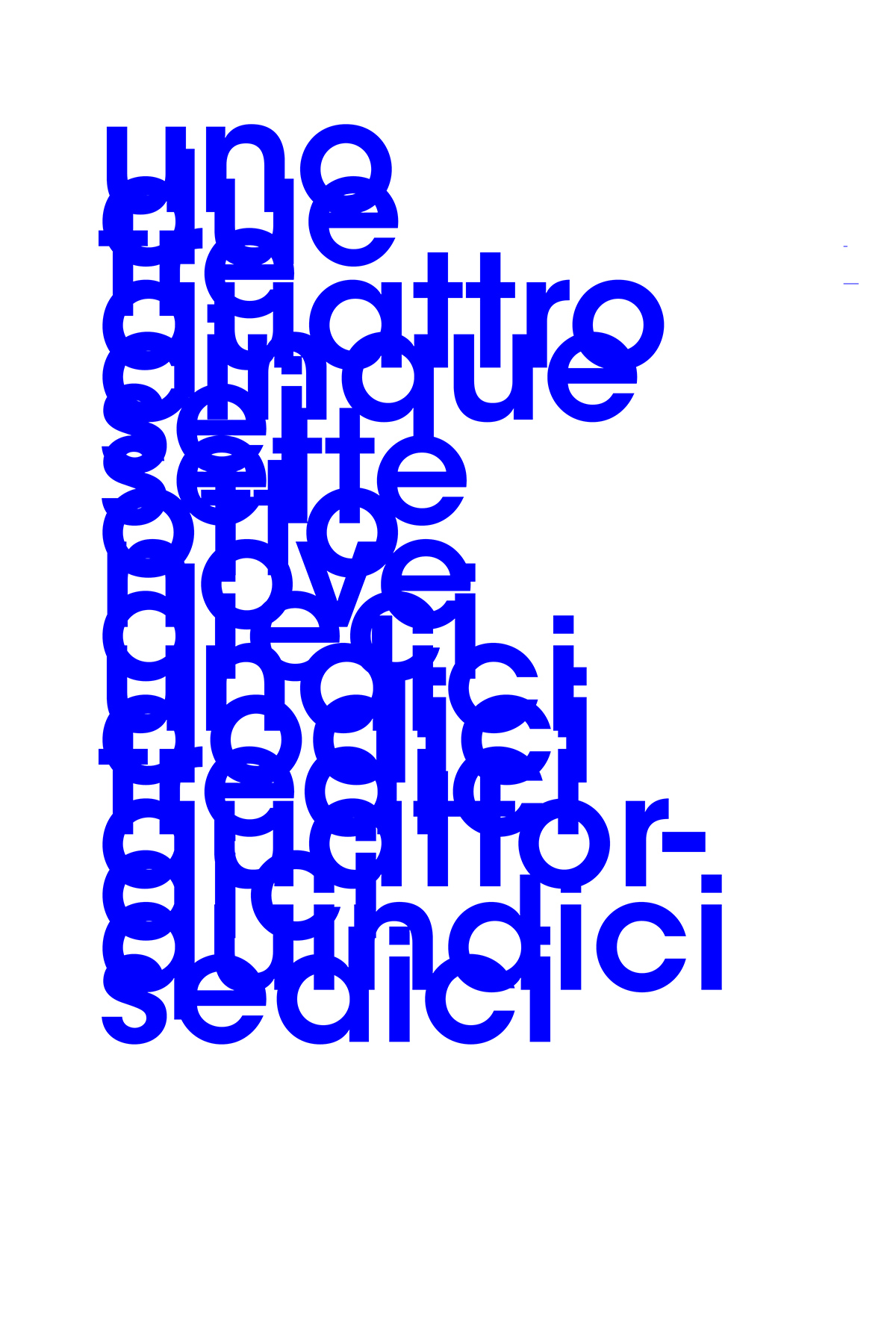 A conceptual artwork inspired by Numbers in Letters

Do languages influence the culture of the country they are spoken in?

Does the number of letters needed to pronounce a word in a given language have an impact on the personality of the people who are speaking the language?

In other words, does the length of sentences in a given language influence the culture of its speakers?

If we translate and write down a simple list of words in 6 different indo-european languages ; would one be able using his bias to discover which list is which by simply observing the graphical display of that list of words?

Phalanx is a creative concept that uses language as its primary matter.

Why eleven and twelve are not called oneteen and twoteen?

Each of the six parts of this hexaptych displays the first signified numbers––which I define as the list of continuous numbers starting from one that have a unique linguistic quality to them––spelled out in six different Indo-European languages.

It might appear odd that 11 and 12 appear on that list, but it is worth considering that  in English, one says eleven and twelve and not oneteen and twoteen. This despite the fact that thirteen, fourteen and fifteen are used to signify 13, 14 and 15.

That the numeral system of our civilisation has always been based on 10 adds further confusion. There’s a logic there : humans have 10 fingers to count on.

Twelve in metrics : Living in a dodeca system world

But then I realized that our civilisation also revolves around the number twelve (12). It’s called the dodeca system. We have been counting using 12 forever : month, degrees, hours, inches etc.

This could explain why many languages have 12 as their last first signified.

I like the theory that instead of only counting on our ten fingers, we used to count our phalanxes using our thumb. It’s a well known practical method that allows you to count using one hand and that is still in use in different cultures. Without the thumb’s 2 phalanxes, we get a total of 12 phalanxes in each hand, 3 per finger.

Would that be an accurate explanation?

Something even weirder is the fact that méditerranéen countries such as France, Italy or Spain don’t stop their first signified numbers at 12. Nope, they keep using unique significants until 16. For example, in french 11, 12, 13, 14, 15 and 16 are spelled onze, douze, treize, quatorze, quinze et seize.

This could be explained by considering that the mediteraneens, living in a great historical trading region,  might have increase their one-handed counting capacity by counting not their phalanxes but their articulations and the top of the finger instead.

Following this creative theory we would get a count of 4 on each finger for a total of 16. This is precisely where the first signified numbers list end in french, italian and spanish.

Wait, not in spanish. They stop their list at 15, quince.

Is it possible that this very Catholic country did not count on the articulation wearing the holly wedding ring?

Would their thumb jumped over it not to mix money and religion?

For the purpose of that conceptual artwork, I like to think they did.

Every translation is an alteration.
The idea that words have their perfect counterpart in other langages is an illusion.  This series focuses on how indo-european altered itself while spreading slowly across nearly one third of the world.

Writing down langages and defining a proper meaning for each sound might have been one of the most precious inventions our civilisation saw.
But at the same time it killed something. Something that came right from the essence of languages: its organic and random freedom of changing and reinventing itself all the time, depending on the accent of each village, the lack of bishop in others.

The writing therefore froze our languages suddenly. The timing had not been prepared in any way. The incredible, chaotic, laborious journey of spoken languages creativity had come to an end. The elasticity was to be replaced with norma. The regional accents melted in front of spelling.

How many dialects did you kill writing? How many specific village traditions did you melt together into a large regional culture soup?

Indo-European languages are a collection of languages spoken from Europe to Western Asia that seem to share genealogical relationships.

The gripping linguistic theory behind it is called the Proto-Indo-European. It explains how these languages could come from a common initial dialect spoken during the Neolithic era.

I am very enthusiast about linguistic reconstruction. It's part of my permanent state of mind.

Comparing how numbers are pronounced and written throughout Indo-European languages is a great way of detecting how Proto-Indo-European morphed into our languages. I like considering numbers as a compact rosetta stone.